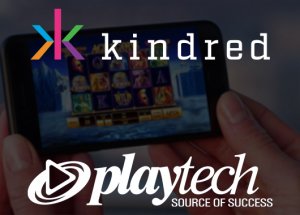 Playtech, one of the industry’s leading gambling technology companies, has signed a partnership agreement with Kindred Group. The partnership sees the provider’s casino offering go live across Kindred’s 9 brands, including Unibet.

The casino offering will initially go live with Unibet’s .com sites in the United Kingdom. The content will be going live across other regulated markets in the future, including the market in Sweden, Belgium and Romania.

Thanks to the partnership, Kindred brands will be able to offer Playtech’s top-performing releases, such as Age of the Gods titles, Fire Blaze Jackpot series, produced by its game studios such as Origins, Quickspin, Vikings, Rarestone and Ash.

Representatives from Kindred, which recently went live with Pragmatic Play, say that Playtech’s content will give their players a great amount of entertainment and that they are excited about working with the brand and developing a successful partnership.

David Robertson, Head of Casino at Kindred Group said: “Playtech’s innovative and engaging content will provide a fantastic level of entertainment to our international audiences and we’re delighted to be working with them. This will be a very exciting partnership for both companies, and we look forward to developing this partnership further in the months and years to come.”

Officials from Playtech, which recently teamed up with Greenwood Racing, say that they are happy about being in business with Kindred and that they are committed to working with the best companies in the industry and enter new and growing markets.

Shimon Akad, Chief Operating Officer at Playtech said: “We are thrilled that Kindred Group has chosen Playtech as its technology partner, highlighting the continued strength of our Casino offering. This is a great example of Playtech’s commitment to partnering with the right companies to bring great entertainment to new and growing markets.”

Playtech was founded in 1999 and ever since then, its approach has been centered on the continual development of best-of-breed gaming products and content, and its success built upon strong partnerships with their licenses. The company is the world’s largest online gaming software supplier offering cutting edge, value added solutions to the leading operators in the iGaming industry. With a little over 5,000 employees in 17 countries, owning 140 global licenses in 20 regulated jurisdictions.