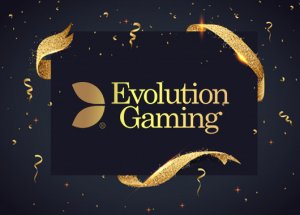 Leading provider of live casino solutions, Evolution Gaming, has again been named Live Casino Supplier of the Year at the EGR B2B Awards 2020. The company has a remarkable unbroken run of 11 wins since the awards began in 2010.

The developer beat 12 other shortlisted suppliers running for the reward on the first day of the virtual ceremony held on 21 July, officiated by Deloitte.

…the EGR B2B Awards is an organization that recognizes, celebrates and rewards the very best service providers in the online gaming industry. It acknowledges the achievements of suppliers from across all the major iGaming disciplines including betting and gaming software, networks, mobile, payments, recruitment, IT and infrastructure.

“The past 12 months have seen Evolution once again push the boundaries of what is possible in Live Casino. In terms of the way Evolution has continued to develop and introduce ground-breaking new products, it has been a most encouraging year — and all despite a very challenging global situation brought about by the Covid-19 pandemic.”

In the mentioned period…

…Evolution has introduced a record number of 12 new games. Its exclusive and unique portfolio continued to grow with new titles such as Mega Ball and Crazy Time, which has already won the hearts of players and marked major commercial successes.

The brand has also reinvented and reinvigorated classic casino games…

…for the next generation of players, with Lightning Baccarat, Speed Blackjack and Power Blackjack all joining its diverse and entertaining portfolio of both Live and First Person games.

…the renowned supplier placed the foundations for expanding its operations with the construction of a new studio in Pennsylvania, which is just one of a number of new studio developments in the pipeline, according to Carlesund.

“I know I can speak for everyone at Evolution when I say we are extremely proud to have retained this award. Once again, our people have worked tirelessly to extend our position as the number one Live Casino supplier and to deliver an exceptional Live Casino experience for players. Our licensees, meanwhile, have been extremely loyal and always receptive to innovative new ideas that enrich our whole sector. My sincere thanks to everyone,” concluded Carlesund.

More Rewards for Evolution in 2020

Winning the EGR B2B Awards reward and being proclaimed as Live Casino Supplier of the Year 11times in a row is astonishing achievement, while 2019 was full of the awards for Evolution. This only proves that the brand doesn’t give in to its old fame, but constantly working on improving its products.

Still, this isn’t the only reward that Evolution has won in 2020. While the first part of it was bumpy for the entire world, the provider managed to win four additional rewards:

Since we have almost half of the year until 2020 leaves our lives, and the provider is continuing full steam ahead, Evolution Gaming will probably add a few more rewards on its winning list.