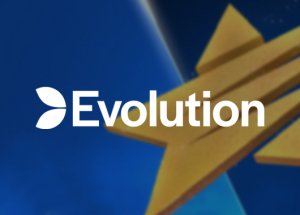 Evolution, one of the most recognizable providers of live casino content, has signed a partnership agreement with Alberta Gaming, Liquor & Cannabis. The partnership sees Evolution providing its live casino services to AGLC’s PlayAlberta.ca website.

Titles that will initially go live include Evolution’s Roulette, Infinite Blackjack, Baccarat and Ultimate Texas Hold’em. The two companies are also in talks to include more games in the coming months.

AGLC’s PlayAlberta website is available to all players that are over the age of 18 and physically located in the province. AGLC is the Government of Alberta’s Crown commercial enterprise and agency in charge of overseeing gaming, liquor, and cannabis industries within the province. The agency is making sure that the money played in Alberta stays in Alberta and that the revenue generated from gaming goes directly to Alberta’s General Revenue Fund.

Representatives from Evolution, which recently teamed up with JVH Gaming, say that going live with AGLC is a big step for them and that they are committed to providing premium online gaming to the players in Alberta.

Jeff Millar, Commercial Director at Evolution, added: “The launch of AGLC is another proud moment for Evolution in the roll-out of our services in Canada. We are committed to delivering enhanced online gaming choice and entertainment for Albertans in the most exciting way possible with our world-leading games portfolio.”

Evolution was founded in 2006 and it immediately had an impact on the European live dealer platforms. It has been growing ever since and has signed deals with a lot of companies and made new partners including 888 Casino, Betclic, Betsson, and more prominent companies.

Evolution’s offering includes live casino games with real, professional dealers, made in the state-of-the-art studios in Latvia and Malta. All of Evolution’s releases are available on desktops, tablets, and smartphones.