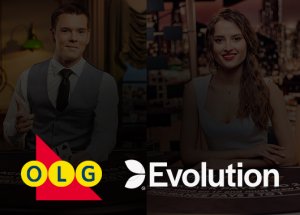 It has been officially announced that Evolution Gaming’s live casino games will be broadcast in Ontario, Canada, and it will be available via the Ontario Lottery and Gaming Corporation (OLG), which has entered into a partnership with Evolution.

As a result of the collaboration, famous titles from this software developer such as Blackjack, Roulette, and Baccarat as well as RNG games will be available to OLG.

Dave Pridmore, OLG’s Chief Digital and Strategy Officer said: ‘‘OLG is a leader in the digital gaming space, and we’re thrilled to be able to work with Evolution to extend our online game offering. We want to provide the best live dealer experience available, and we are confident that our players will love the quality and choice of these games, playing at tables with other Canadian players and game presenters.”

OLG will be the fourth province in Canada to collaborate with Evolution after the British Columbia Lottery Corporation (BCLC), Alberta Gaming, Liquor and Cannabis (AGLC), and Loto-Québec did it.

Both companies will benefit from this stable partnership. Evolution will, on the one hand, strengthen its position in the iGaming industry, while on the other hand, OLG will gain the trust of its users by giving them the opportunity to have access to some of the biggest hit titles of the very famous casino software developer.

Jeff Millar, Commercial Director, North America at Evolution also gave his comment and said this partnership is a good step towards strengthening the supplier’s position in the Canadian market. He says that from the very beginning, their goal was to create a world-leading live casino studio that would have a large enough capacity to serve all Canadian lotteries. He adds that they are happy to provide OLG with its wide library of titles and live dealer games.

Facts About the Brand

Evolution Gaming is one of the leading casino software developers in the world and is best known for its live casino products. It is licensed by the Malta Gaming Authority, and some of the most well-known partners it works with are 888 Casino, Draft Kings, Svenska Spel, William Hill, Mr. Green, and Grosvenor Casinos. In 2020, it took over Red Tiger and NetEnt.