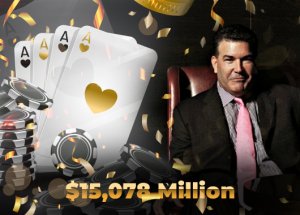 The name of Don Johnson and his deeds has become widely known in the casino world. Every casino and every casino enthusiast now know the name and how he became an Atlantic City legend.

His story and his unbelievable winning streak have made him a legend in Atlantic City and his name will forever haunt the three major casinos he managed to take down. Between December 2010 and April 2011, Johnson won $15.078 million, without counting cards or any form of cheating.

This man entered casino history as he managed to take home the largest sum ever won in consecutive wins in blackjack!

An untrained eye might think that winning over $15 million over the course of five months is impossible. Johnson is living proof that it is, indeed, possible! Everyone who heard his story thought he was counting cards or somehow cheating or scamming, but the way Johnson pulled this off is much more elaborate than cheating.

The system he developed made it possible to beat the house at its own game. According to the interviews taken after this exploit, Johnson said that he did not just enter a casino and start playing casually. A person does that in Atlantic City when they feel like throwing money away because the rules that are in place are made in such a way that the house is always one step ahead, or simply put, the house always wins. He sat at the table with a plan and a goal to change the odds.

Negotiating better terms before even approaching the tables was key. This is a tactic that upper-tier players and high-rollers use. When someone has a large enough bankroll, the management of the casino is usually happy to negotiate a deal with the player.

After the unfortunate financial crisis of 2008 that hit AC casinos made venues desperate for new players, they began enticing customers with beneficial deals and Johnson knew exactly what to say and do to take advantage.

At the time, Johnson set out to win his $15 million, AC venues were under a rainy cloud, seeing a significant drop in revenue and they wanted to attract more and more high rollers. Some would say they were desperate since they offered unreal deals that no one in the NJ gambling industry had ever seen before.

The casinos at the time accepted greater risk for the possibility of a larger return. For example, Johnson had a lifetime discount at Borgata Casino, which gave him a 20% rebate on each $500,000 he’d lose.

Before the crisis, this perk would only kick in once he’d lose whatever amount he’d won on previous trips to the casino, with an additional half a million. Johnson realized that these rules worked against him and he took a break and came back after the economic crisis hit in 2008.

To make the deal more appealing, the Borgata Casino management offered him the historic deal of changing the life-time discount into a trip-to-trip basis deal.

Casinos, being very competitive, and in need of high-rollers and once they’ve heard about the Borgata deal offered Johnson similar terms. The other two casinos to offer such terms were Caesars and Tropicana.

Sticking to his Plan

Tropicana, the casino now operated by Eldorado Resorts, was the place where Johnson started his streak. He brought a large amount of cash and negotiated a deal that allowed him to play a 50/50 game of blackjack and to have 20% back on his losses on a visit-by-visit basis.

Johnson has approved a $100,000 hand limit and he had the cash to back himself up. During the course of 12 hours, he managed to switch the odds in his favor, cashing in enormous wins. After a short amount of time, he won $6 million and Tropicana CEO was fired from his position a week later.

After increasing his bankroll, Johnson continued playing blackjack using similar negotiation deals at Borgata and Caesars. He managed to take $5 million from Borgata and another $4 million from Caesars. After his winning streak, he was politely asked to step away from the table and leave the casino.

While never officially banned from these casinos, his face was made known via newspapers and it was highly unlikely that he would get similar deals ever again.

After his winning streak in AC, Johnson became a legend and he served as an inspiration for many gamblers. Players who wanted to try and take down big casinos wanted to know how he’d done it. The simple truth behind it is that there was no magic formula involved, only negotiations.

Johnson used the situation of the casinos at the time to negotiate better terms with casinos. He explained that risking your cash and playing at a casino where the odds are never in your favor is futile. The players simply need to negotiate the existing terms in order to win big. There are three rules that players need to stick to when it comes to blackjack, sticking to the strategy, playing the perfect game and looking for better odds.

Johnson was not a stranger to gambling before his winning streak. Aside from his skills in blackjack and extensive knowledge of the industry, he was also big on horse racing. He was employed as the manager of Philadelphia Park racetrack in the 1990s and worked as a professional jockey prior to that.

His experience led him to become a state regulator in Texas, Oregon and Wyoming and after that, he used capital to establish the company that develops custom-made software used to define risks and odds on horse-racing wagering.

Even though he was successful prior to his winning streak, his massive win of over $15 million turned out the best move he’s ever made in his life. 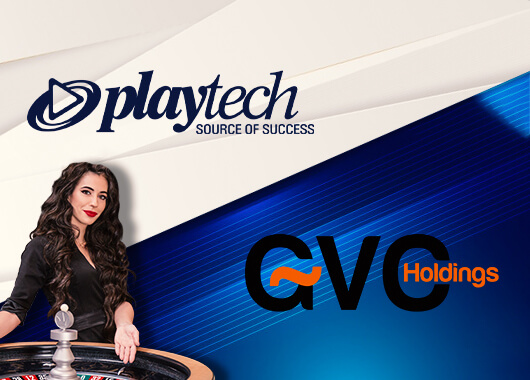